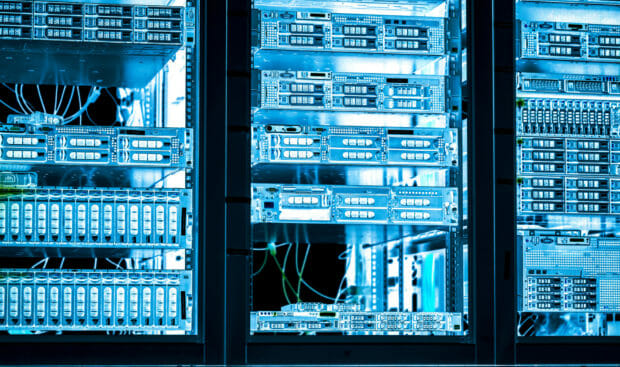 Computers are a great tool and provide many perks to their users; they can perform tasks in a rather impressively fast manner, potentially offer paperless offices, and you’re even able to play computer games…of course not during working time! Aside from these great benefits, however, how useful would they be if we typed something up, had to print it (thus negating the “paperless” aforementioned attribute) and fax / mail / hand-deliver it to the respective recipient?

This is where the ever-loved “network” aspect comes in. There is history to how this concept began, was revised, and came to be what it is today; read this if you’re interested in its history. Regardless of its ancestry, I am confident that most anyone is thankful to the many contributors to this awesome ability. How else could we send emails virtually versus the above-mentioned manual methods? What about the massive online gaming platforms that allow virtual users to face each other in combat, or team up and conquer dungeons and whatnot? Or in the case of our team’s admiration for “Neopets,” how would we be able to access their awesome website to do whatever we wanted to do?

The goal of this post is to clarify what a network is, some different types of networks used in today’s world, different devices used in networking, as well as how data is carried between the devices in terms of network media. Perhaps in the future I will build on this and dive into the Open Systems Interconnection (OSI) model where I will break down each of the seven layers. Stay tuned for that, but for the time being let’s dive into the basics of networking.

To be clear, networking refers to the ability for multiple network nodes to communicate with each other and share resources. Network nodes refer to any network-connected electronic device; network-capable gaming devices, cellular devices, laptops, computers, etc. Any sort of interaction from one network node reaching out to another network node is considered a network, regardless if there is Internet access available or not.

Two common implementations include peer-to-peer (P2P) and client/server set-ups. As the names may imply, a P2P connection is one where network nodes are able to connect to each other and share resources. Workloads are shared between nodes and no one has more privileges than the other. Think of this as a way for any number of nodes to share files with one another, but not designated to do so. In contrast to this is client / service architecture, which dictates one server to be the storehouse of whatever content. With this set-up, you have one computer that may have more resources and is a bit faster at processing requests.

On a smaller scale, local area networks (LAN) entail networked electronic devices that are within the same vicinity, generally. An example of this would be a home or smaller office. You can obviously get way broader than this, an example would be a wide area network (WAN), which is essentially what the Internet is. Regardless what set-up you have, chances are you have an Internet service provider (ISP) running some sort of cable (copper wired Ethernet or glass-based fiber optics) from their datacenter to your home or office. From there, you’d connect a modem to modulate outgoing network signals, and demodulate incoming network signals. The modem then connects to your router that may connect to a switch, which allows multiple devices to connect – thus creating a LAN. I’ll cover network devices a tad more in another section.

For corporations or businesses with multiple offices in remote areas, the HQ office can connect to these offices via a virtual private network (VPN). A VPN is essentially an encrypted tunnel that is created over the unencrypted Internet pipeline. Bottom line is, if you want to be secure between HQ and remote sites or home-based employees, use a VPN. Another important set-up to touch on is virtual LAN, or VLAN. In short, VLAN refers to creating segmented networks, thus allowing a segregation between user sets. Essentially you can have a VLAN domain for servers, one for the HR department, another for your IT team, and a general user VLAN. There are many other types of networks, but these are the main varieties.

Starting from the gateway, that is the device that allows access to and from the Internet. There are devices that combine both modem and router capabilities into a single device. As stated previously, a modem’s job is to modulate outgoing network traffic, and demodulate incoming traffic – hence modem. On the other hand, a router is what routes traffic from one network node to another – whether on the local network or somewhere out on the Internet. It is important to note that routers specifically route between different network segmentations. As an example, if node A has an IP address of 192.168.1.5 and wants to connect to node B’s IP address of 10.0.1.5, then a router would assist in this.

Some routers possess the ability to broadcast wireless frequencies, thus allowing mobile devices, laptops, and other electronic devices to connect via wireless means. Some devices don’t even have network interface cards (NICs), so wireless connectivity is crucial in order to get online. If your router doesn’t have this ability, then a separate access point (AP) would allow for this functionality. In this case then the AP itself would be hardwired to the router. Wireless frequencies have gotten better and stronger over the years, but they still do face obstruction the further away your wireless device is compared to the AP; walls, plumbing, or whatever may be between the line of sight are other examples of this.

Let’s back up a bit to routers and connecting devices to them, such as the AP above. Routers have few Ethernet ports, thus limiting the number of hardwired devices. If you don’t have many devices, no worries, but if you do, then you may want to consider a switch. Modern technologies have paved the way for switches, which are generally faster than the predecessors they’ve replaced – hubs. Seeing that hubs are pretty much a thing of the past, I’ll explain switches but leave it up to you to research hubs more if you’re into the history of older devices. Switches essentially extend the router’s NICs to more than what is integrated on the router itself. Further, they also remember networked devices based on media access control (MAC) addresses to negate the need to send data frames to all devices, are able to send and receive transmissions simultaneously (known as full-duplex), and have the ability to send more data per second than hubs.

I touched on this throughout the article a bit but wanted to have a section for this as well. Network nodes communicate in terms of network media. Physical media refers to the more common Ethernet cables, optical fiber, and coaxial cables. Wireless technologies include infrared and radio waves, which introduces Bluetooth options, as well as satellite connections and the wireless capabilities of cellular devices.

This article covers only the basics of what networking is, different network implementations, as well as network devices and media. If you’re a more technical person, what this post covers can translate into a few layers of the OSI model – mainly layers one (Bluetooth & NICs) and two (switches & APs), but a tad into three when covering routing between networks (routers). By no means is this a super technical break down of the layers, though potentially one day in a future post I will go there.