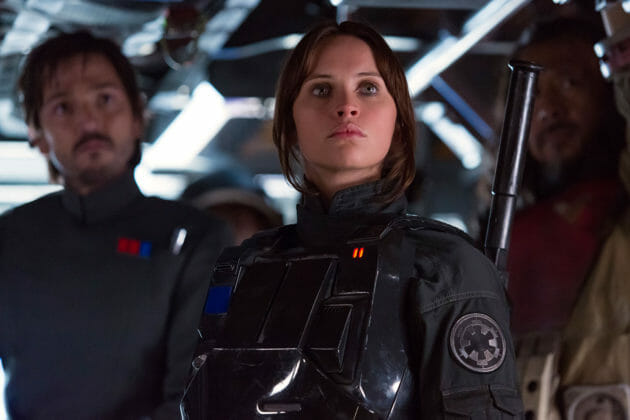 Star Wars fans from every corner of the galaxy caused a great disturbance over the past several weeks as they flocked to theaters to see Rogue One: A Star Wars Story. Among the crowd was our very own CTO, Corey Nachreiner, but he saw a different movie than most.

With shield gate defenses, a reprogrammed droid and a massive futuristic data center inRogue One, there were tons of information security lessons to dig into for his latest GeekWire column. A well-known sci-fi and pop culture enthusiast, Corey enjoys finding parallels between Hollywood and infosec, and using them to educate the community about security best practices. Here’s a quick excerpt from his article on the latest Star Wars film:

In the same way, the Rebels took out Scarif’s defenses, sophisticated hackers might find ways through your network firewall too. That’s why smart infosec professionals have local defense as well. One of the simple things you can do to protect your internal network is “segmentation.” Why only place a shield gate or firewall at your perimeter? Why not separate different internal parts of your network with firewalls as well?

In the movie, once Jyn and Cassian snuck past the shield gate, they could easily access the rest of the Empire’s facility. If Scarif had set up a few other internal perimeters, it would have been much harder for the Rebel duo to reach the data center. Segment your internal network, and use authentication to harden your interior as much as your exterior. As Star Wars infosec professionals say, “You don’t want a Tauntaun network, with a tough and protective skin, but soft and gooey center.”

To find out what other infosec lessons you can learn from Rogue One: A Star Wars Story, read the full column on GeekWire.