While not quite as bad as last month’s 14 security bulletins, April’s Patch Day is bursting with updates. According to their summary, Microsoft released 11 security bulletins, some fixing serious issues. Windows administrators should put their heads down, dive in, and get patching. 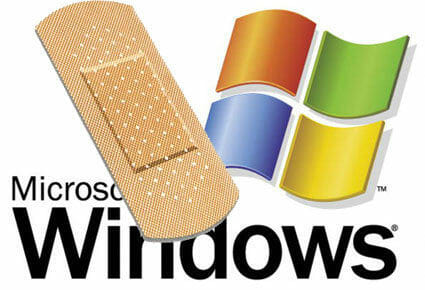 Today, Microsoft released 11 security bulletins, fixing a total of 26 security vulnerabilities in many of their products. The affected products include:

They rate four bulletins as Critical and the rest as Important.

In my opinion, the HTTP.sys vulnerability is the biggest deal this month. While it doesn’t say so directly, this flaw affects all Microsoft’s IIS web servers. Simply by sending a specially crafted web request, an attacker can take over your web server. I would patch all your public Windows-based IIS servers immediately. WatchGuard’s IPS service has a signature for this attack, which should help mitigate its risk until then.

Besides that, you should also apply all of Microsoft’s Critical updates as quickly as you can. The Internet Explorer vulnerabilities also pose a high risk since attackers can use in drive-by download attacks, which are quite popular today.

We summarize the April security bulletins below in order of severity. We recommend you apply the updates in the same order of priority, assuming you use the affected products.

If you use any of the software mentioned above, you should apply the corresponding updates as soon as you can. I recommend you apply the Critical updates immediately, try to get to the Important ones as a soon as possible, and leave the moderate ones for last.

Furthermore, our Reputation Enabled Defense (RED) and WebBlocker services can often prevent your users from accidentally visiting malicious (or legitimate but booby-trapped) web sites that contain these sorts of attacks. Nevertheless, we still recommend you install Microsoft’s updates to completely protect yourself from all of these flaws.

As an aside, Microsoft also released two new security advisories today, if you are interested in how Microsoft is improving their Public Key cryptography, or in learning about an SSL 3.0 issue, be sure to check their advisory page for those new updates. — Corey Nachreiner, CISSP (@SecAdept)