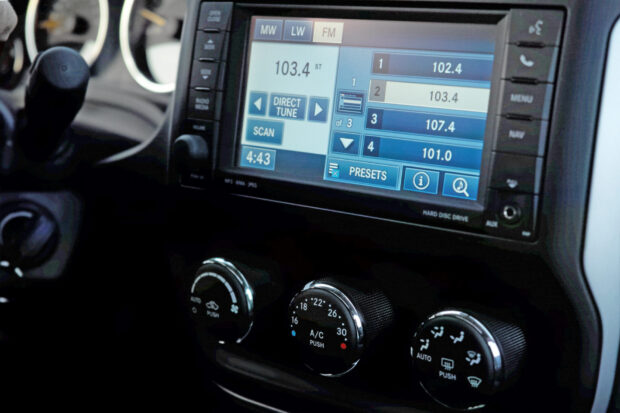 5G didn’t put malware on these Mazda’s entertainment systems but many Seattle Mazda drivers couldn’t change their radio station after turning it to the local NPR station, KUOW. As one reddit user put it, “the whole audio system and Bluetooth just keeps trying to reboot.” Some users also reported they couldn’t use their backup cameras.

This fiasco started around January 24th after KUOW updated their radio services and a local Mazda dealership used the term “5G.” HD Radio using In-band on-channel tech has little to do with the new cellphone tech that has come our way recently, but 5G sounds cool. After the update, Mazda users started complaining about the issue to Mazda and the radio station.  KUOW asked Xperi, the company that owns the technology behind HD Radio to assess what caused this issue. They found that broadcasting pictures without an extension in the filename would cause the issue. The inability of the entertainment system to handle this caused the entertainment system to be corrupted.

Mazda has said they will warranty the affected units, but at the time of writing dealerships haven’t received the parts to replace them with and the current chip shortage may leave users without an entertainment system for some time.

Xperi controls the technology behind HD Radio and haven’t made it publicly available, so we have not found many details of how this happened besides the issue with the file extension. Now, bad actors will try recreating the issue. Mazda should update all CMUs to correct this problem before this happens.