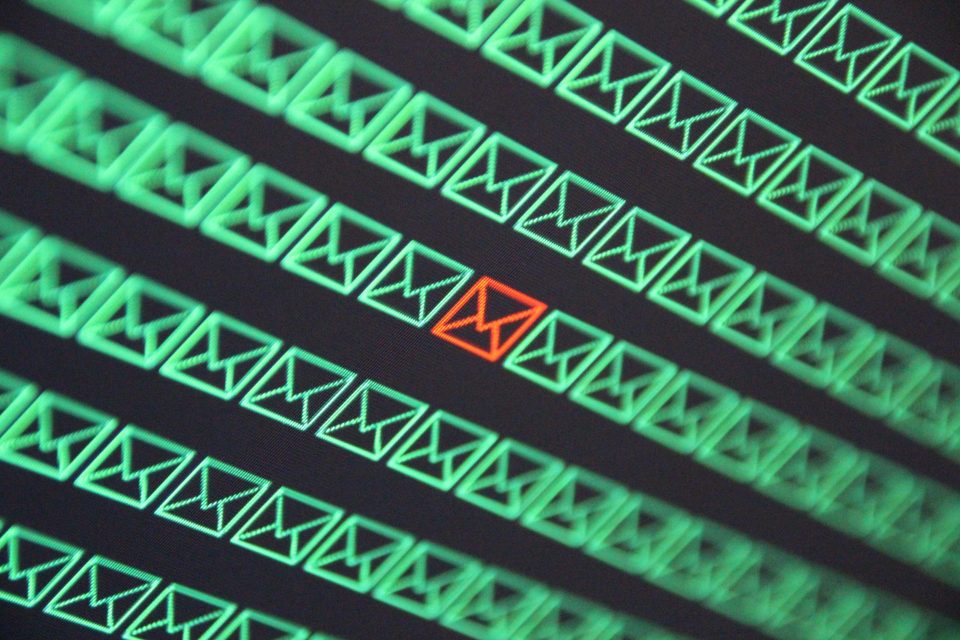 At the beginning of March, as many Americans were eagerly awaiting another round of stimulus payments, news began to circulate about cybercriminals taking advantage of the American Rescue Plan offering financial assistance (payments and other aids) as part of COVID-19 relief. We got a hold of some of these phishing emails and upon scrutiny, we found the email imitates the IRS, using the official agency logo. However, closer inspection proves the sender spoofed the domain to look like it came from the IRS. We were able to associate these phishes with the banking trojan. Dridex which according to last year’s Global Threat Index, has entered the top ten malware list globally.

The email’s hooks mentioned $4000 check and ability to skip the waiting queue for vaccinations as well as free food. A button for “Get apply form” sent the user to a Dropbox account that contained an excel document which further asks the user to fill the form to accept Federal state aid. However, the entire form is only visible if they enable editing content in the spreadsheet. Beware! Enabling editing triggers macros that set off the infection chain.

As with many phishes, a close examination showed the phrasing had some mistakes that you would not expect from official government emails. These types of attacks typically trap users who are in a hurry to learn about the rescue plan and receive money through financial aid.

Dridex is a Banking Trojan that targets the Windows platform, and is delivered by spam campaigns and exploit kits, which rely on WebInjects to intercept and redirect banking credentials to an attacker-controlled server. Here is my personal experience with a phish that a cybercriminal shot at me.
Few days ago, I got targeted with an email which had dridex-related phishing attributes: attachment titled typical terms “invoice”, “order”, “scan”, “receipt”, “debit note” “itinerary”, and others. As seen below, the subject line reads: “TR Revised Invoice – Order” 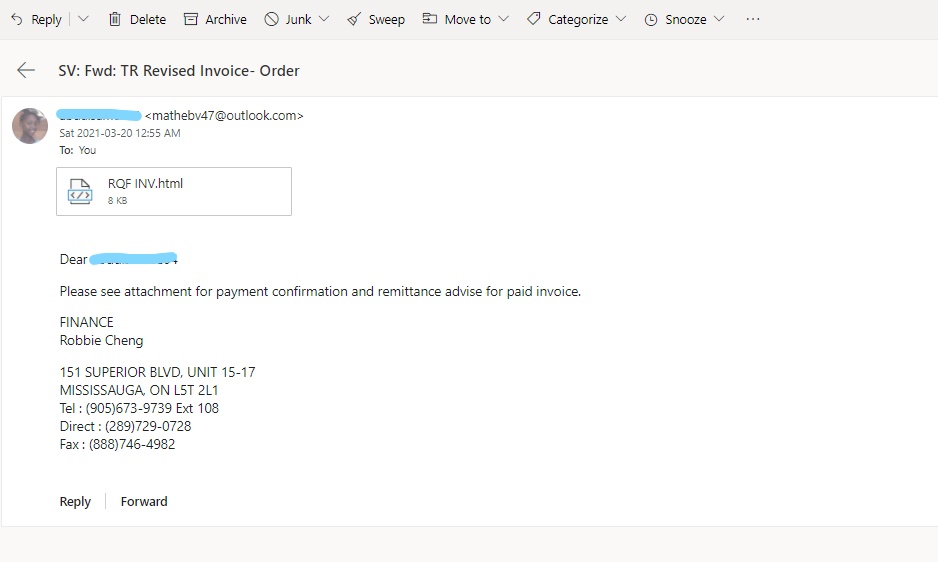 Out of sheer interest and intrigued by what could be behind the receipt, I decided to test it out in a secluded network used for malware testing to minimize my risk of being compromised. The process was as such:
1. Email received with receipt on my Hotmail Microsoft Account
2. Clicked to open receipt
3. Navigated to a sign-in page as part of Microsoft account
4. Entered password and redirected to another site
5. The website is a replica to look like an authentic website i.e spoofed
Every step listed above, seems suspicious enough for a user to not to proceed with the screens that appeared. The attack attempt consisted of essentially two parts: Trojan and Phishing. Following the above would lead the successful compromise of my personal email address plus lead to my banking details being shared with the intended.

Once I clicked the hyperlink to view the receipt (in a secure environment), you can see the Microsoft page which looks so legit that its hard to believe it is spoofed. In reality, it was running on another server under the attacker’s control to capture my credentials. 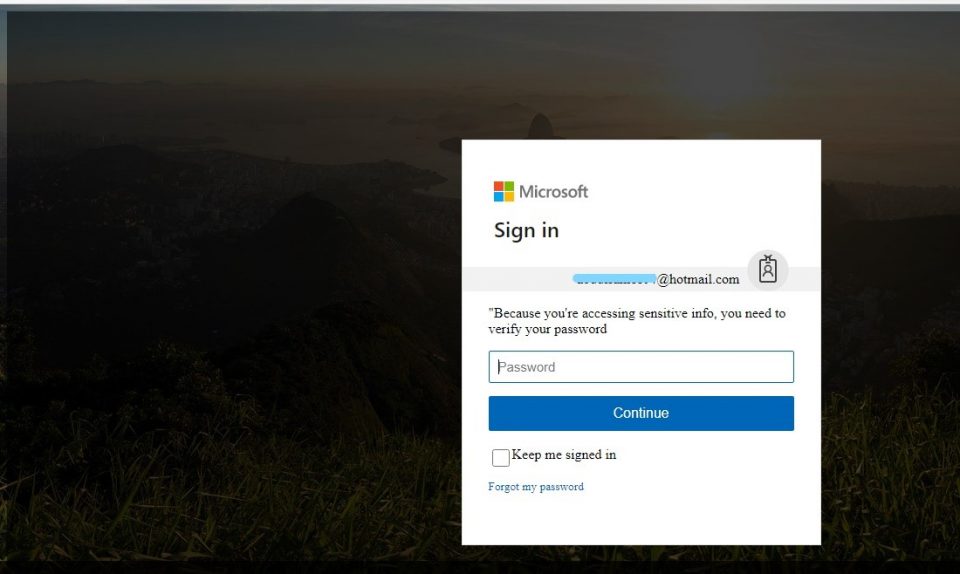 Playing smart, after entering “incorrect” account credentials, the page still acts like it was a success and redirects to a page that displays a fake BLURRED bank receipt. Watch out here! As seen in the receipt, further attention reveals they even collect my IP information after loading the page. 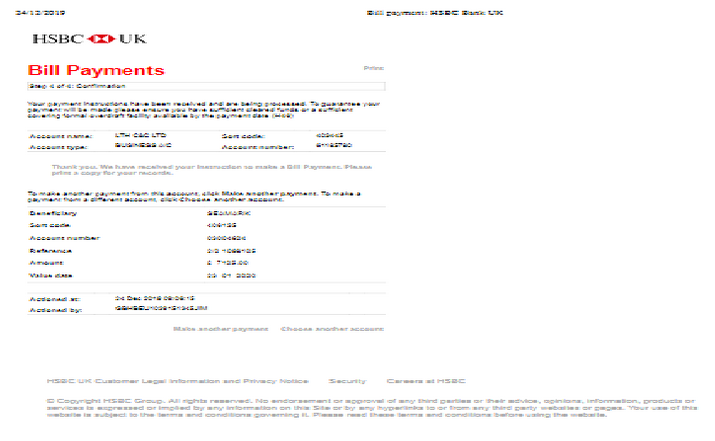 I had some tools to figure out what the RQF INV.html file did and found the website they were spoofing.

It turns out the attackers didn’t take time to secure their server. I could access the index directory, as seen on server side, and found an error_logz.txt file where my entered Microsoft account credentials were stored. 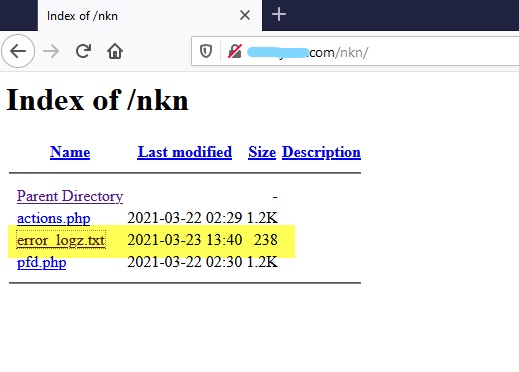 What to examine – red flags in a phish email

Users should sharpen their phishing recognition skills and business should carefully monitor WMI and PowerShell on their workstation to avoid the Dridex malware and similar threats. Here are some specifics to watch out for in phishing.
• Vague subject line – no reference to the order number, product etc.
• Grammar and lack of personalization – the greeting only says “Dear customer or Hi Dear
• Lack of details – very simply stated, no product or service details are given, no reference to a mutual contact.
• File name – the name of the invoice isn’t specific to a project or company, no details given at all.
• Email signature mismatch – the details of the email signature don’t match the sender details (e.g. name, email address).
• Key: When in Doubt – Don’t Click!

Possible Prevention by WatchGuard
WatchGuard Spam Blocker does a great job at detecting many phishing emails. It includes URL detection which compares a list of domains used by known spam/phishing sources to the advertised link in the body of the email message.
Spam blocker uses:
1) a combination of rules
2) pattern matching
3) sender reputation to accurately identify and block message
4) Spam Blocker reviews the header and body of the email message to identify threat

Additionally, DNSWatch can help neuter phishing domains, sending would-be-victims instead to a safe black hole landing page with some phishing training. Lastly, WatchGuard now provides an extra layer of security through Panda AD360 detailed in this article. AD360 can analyze HTML files like the attachment described earlier and block files with similar characteristics.