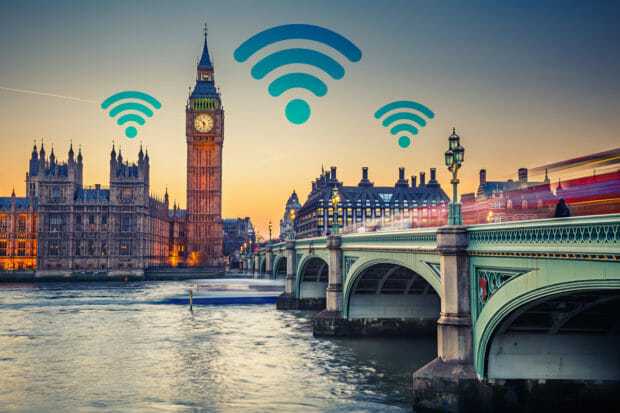 Wi-Fi NOW, an independent organization led by Claus Hetting, exists to hold the thought leadership agenda for the Wi-Fi industry.   Their mission is to support and promote all things Wi-Fi and they work with individuals, carriers, service providers, tech vendors, and regulators.  Basically, if there’s something happening in the world of Wi-Fi, it’s discussed at one of Wi-Fi NOW’s events first.  This year their European event was held in London where I and several colleagues were in attendance, soaking up and reflecting on all the great presentations and forward-looking ideas from our fellow Wi-Fi industry peers.  In the unfortunate situation you missed the event, have no fear, below are my summary and analysis of the top five hot topics from the event that foreshadow big things are coming to anyone who uses, installs, or supports Wi-Fi ecosystem devices.

802.[insert letter here] Wi-Fi technology versioning is so yesterday people.  The Wi-Fi Alliance has adopted a more simple numbering scheme and the newest version is Wi-Fi 6.  This version of Wi-Fi is a big leap for the industry and basically makes Wi-Fi work much better in situations with large number of clients (IoT, venues, campuses) or vast amounts of traffic (AR/VR, gaming, video conferencing).  A Wi-Fi 6 client such as a laptop, smartphone, etc, connected to a Wi-Fi 6 access point or router will perform better and users will experience the stability and reliability they haven’t previously had with Wi-Fi in busy environments like airports, conference centers, train stations, and so on.  Think about the times you switch off Wi-Fi and use cellular because ‘the Wi-Fi stinks here’, well Wi-Fi 6 has some serious technology improvements that might make that situation a thing of the past:

If you’ve ever read the cardboard box your home router came in or know a little about Wi-Fi, you know it operates on two frequency bands: 2.4GHz and 5GHz.  Well buckle up because we are about to see a third band added: 6GHz.  Adding more spectrum for use with Wi-Fi allows more Wi-Fi devices to send/receive at the same time (also known as reducing contention).

There are literally hundreds of driver settings that can be tweaked for a Wi-Fi radio inside a business access point or home router.  There are some serious Wi-Fi gurus out there, but no human being can possibly monitor the dynamic environment variables like traffic load, client count, temperature of room, open/closed doors, moving people and adjust theses driver settings for optimal performance.  The holy grail of Wi-Fi is to utilize artificial intelligence and machine learning algorithms to dynamically tweak radio settings and pinpoint root cause issues for common user complaints like “the Wi-Fi sucks” and present options for resolving problems to network administrators.  No one has fully cracked the code on this but there are Wi-Fi access point vendors emerging with very promising tools with the beginnings of a powerful roadmap ahead.

We’re celebrating the 20th anniversary of modern-day Wi-Fi in 2019.  We also have been living with six Wi-Fi hacks for all that time which allow attackers to silently intercept Wi-Fi users’ data/passwords/website traffic and more.  The industry has had to deal with WPA2 and WPA3 encryption getting hacked recently as well so the subject of protecting people from Wi-Fi hacks was top of mind at the event.  We advocated the Trusted Wireless Environment movement which raises awareness around Wi-Fi security and offers an easy way to test a Wi-Fi network for vulnerability to these attacks and a way to plug the attack surface once and for all.

The next generation of cellular technology is out our doorstep, 5G, and it has a best friend: Wi-Fi.  You may not realize it, but today when you are nearby a public area like an airport or shopping mall, even though your smart phone’s icon says “4G LTE” or “5GE”, it’s actually connected to a Wi-Fi access point and your data is flowing over Wi-Fi.  The cell carriers lack enough frequency spectrum and network capacity to provide all of our smartphones with sufficient bandwidth so they utilize Passpoint (AKA Hotspot 2.0) to automatically move our smart phone traffic off their cell towers and onto Passpoint compliant Wi-Fi networks.  Cisco reports somewhere around 54% of 4G traffic is offloaded to Wi-Fi and predicts over 70% with 5G due to sharply rising bandwidth demands of mobile users.  For you infosec folks, check this article about a cautionary message of the 5G to Wi-Fi handoff attack surface.