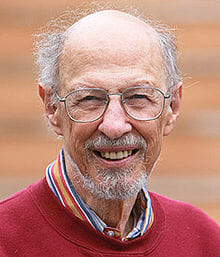 July 12, 2019, Fernando Corbató, nicknamed “Corby,” passed away at the age of 93. Corby was a pioneer in computer technology. Having developed a computer time-sharing system, his Compatible Time-Sharing System (CTSS) paved the way for modern computing to be what it is today. From allowing multiple people to use a computer at the same time, to having induvial user accounts protected by passwords, CTSS inspired further developments into some modern operating systems, such as Linux.

He was known to be an influential person in many lives and his work paved the way for future work. One of his peer’s states “…what he brought to the table was the vision and persistence to get it [computer time-sharing] done.” Another goes on to say, “It’s no overstatement to say that Corby’s work on time-sharing fundamentally transformed computers as we know them today.” One additional legacy of Corby’s is “Corbató’s Law,” in which he stated that one can write the same number of lines of code in one day regardless which language is used.

Corby seemed to be involved with just about anything and everything technologically! From being an active member of the MIT community to holding membership within the National Academy of Engineering, the Institute of Electrical and Electronics Engineers (IEEE), and even the American Association for the Advancement of Science (AAAS), Corby was all in. In fact, in 1990 he was awarded the Association of Computing Machinery’s Turing Award!

To me, personally, Fernando is someone I would consider looking up to for intellectual aspirations. His devotedness to work and study literally helped shape the technological world that we know of today. Thank you, Corby, for setting the stage of privacy and security, and allowing computers to be what they are today!