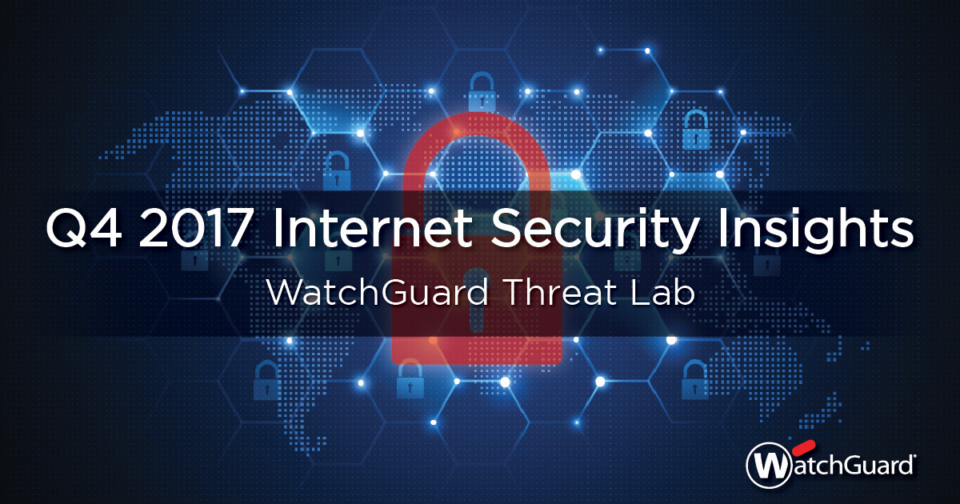 Today, WatchGuard Technologies released its quarterly Internet Security Report covering Q4 2017. Every quarter we examine anonymized data from our Firebox UTM appliances all across the world and report on the most common malware variants and network attacks that our appliances block. This gives valuable real-world information on the most common network and computer threats aimed at small and medium-sized businesses and distributed enterprises.

This quarter, active Fireboxes blocked more than 30 million malware variants and 6.9 million network attacks. We found growth in macro-less Word document attacks, a major jump in new or “zero-day” malware variants that did not match existing antivirus signatures, and much more.

Here are some of the major findings from the Q4 2017 Internet Security Report:

Overall, these findings show that bad actors continue to use obfuscation tactics and advanced download schemes to hide their malware and trick users. Traditional AV protections are no longer enough with almost half of malware attacks slipping past them. Now more than ever, businesses of all sizes need layered security services and advanced malware protection.

The Q4 report also includes a year-over-year comparison between 2016 and 2017 results, recommendations for defensive strategies to help businesses protect themselves, a detailed breakdown of the KRACK WPA2 protocol exploit that was made public in 2017, and a detailed research project analyzing a database of over 1 billion stolen passwords. 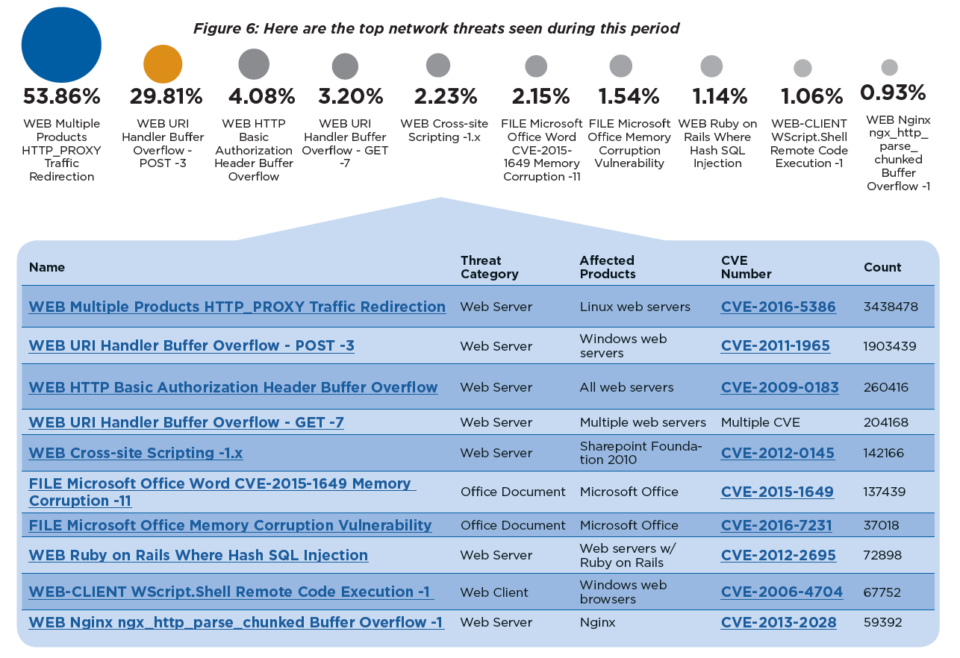