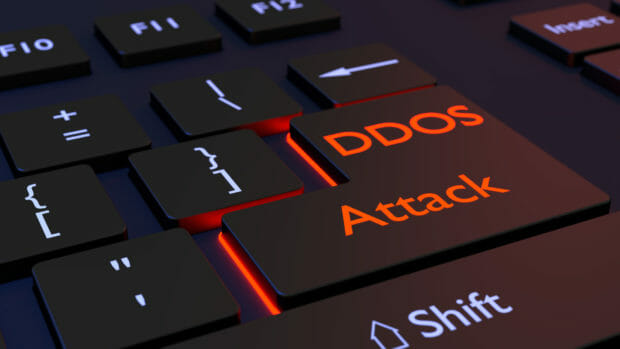 On Wednesday, GitHub survived the largest DDoS attack to date, with the traffic at about 1.3 Tbps (Terabits per second). The previous largest recorded attack took place in 2016 when the Mirai Botnet launched a 1.2 Tbps DDoS against DYN DNS, bringing down their site,  and much of the internet along with it.

What caused these most recent attacks? Was this another botnet attack?

“When a system receives a memcached get request, it forms a response by collecting the requested values from memory, sending them over the wire in an uninterrupted stream. This response is sent to the target in multiple UDP packets, each with a length of up to 1400 bytes. It is difficult to determine the exact amplification factor of memcached, but the attacks Akamai saw generated nearly 1 Gbps per reflector. Other organizations have reported attacks in excess of 500 Gbps using memcached reflection.”

How can you prevent this?

The best and most obvious way to prevent against this type of attack is to make sure that potential reflectors (DNS, MemCache, TFTP, etc), are not exposed to the internet. Every system administrator is HIGHLY encouraged to disable the memcache protocol on any internet-exposed server, or at the very least block UDP port 11211.

This attack against GitHub shows we need to be prepared for more multi-gigabit attacks, just as we have seen with memcache protocol and the Mirai botnet before it. IT administrators should plan accordingly to mitigate these risks.

You are also encouraged to block port 11211 to prevent your servers from becoming a reflector.

Steps 3 and 4 are usually combined. For large scale attacks, you will need to depend on the coordination of your ISP and a 3rd party cloud mitigation service. As Corey stated in his Secpliticy post:

“Cloud or hybrid DDoS solutions handle much of the attack up-stream, distributing some of the load through a large, distributed network, and blocking much of the traffic before it even reaches your gates. “

These Cloud and Hybrid DDoS solutions have the infrastructure, bandwidth and resources available to mitigate these attacks. –Tanner Harrison