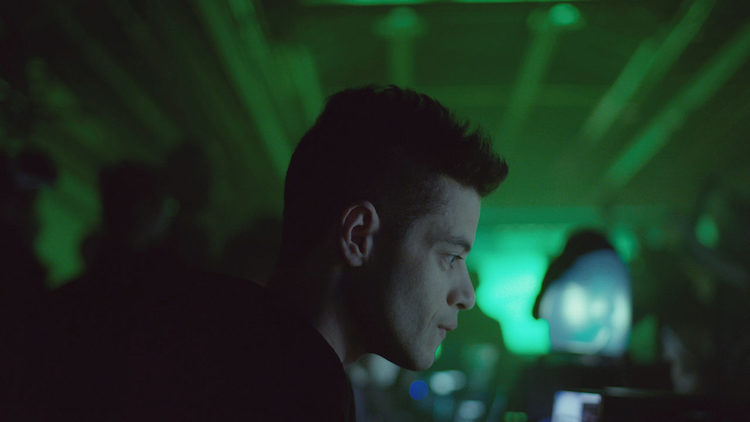 The lengthy break after Mr. Robot season two is finally over! That’s right, it’s time for a weekly dose of everyone’s favorite vigilante hacker drama. Once again, WatchGuard CTO, Corey Nachreiner, is writing his weekly “Mr. Robot Rewind” article series on GeekWire, analyzing the accuracy of the hacks and tech in each new episode. So, what’s new with Elliot, Fsociety and E Corp these days?

Season three started off fast and furious, with several hacks and tons of plot movement within the first hour. Back from his post-gunshot wound coma, Elliot tries to stop Stage 2 – a looming plan to obliterate an E Corp building that houses the world’s backup financial records. To do this, he enters an underground hacker club that still has internet access and helps win a DEF CON-style CTF contest to gain access to a computer. Here’s an excerpt from Corey’s article explaining what this means:

During this meetup, hackers are participating in something called Capture the Flag (CTF). These are contests or challenges that pit hackers against each other in computer security challenges. For instance, one contest might force opposing teams to protect their servers, while attacking their enemies. The servers would contain some piece of data or “flag” the other team would have to claim first to win. Other contests might challenge reverse engineers to be the first to find a flaw in some network service and exploit it.

This specific challenge revolves around a game of “Minesweeper” and is based on a real-life CTF scenario. Elliot’s hacking solution is plausible, but since this scene doesn’t show any legible screenshots, we can’t analyze its technical accuracy in detail.

Head over to GeekWire to read the full article and learn more about the other hacks in episode one, like remotely disabling an FBI vehicle and using Shodan to find E Corp servers running Apache Tomcat. Check back next week for another installment of Mr. Robot Rewind, or catch up on past articles here on Secplicity.