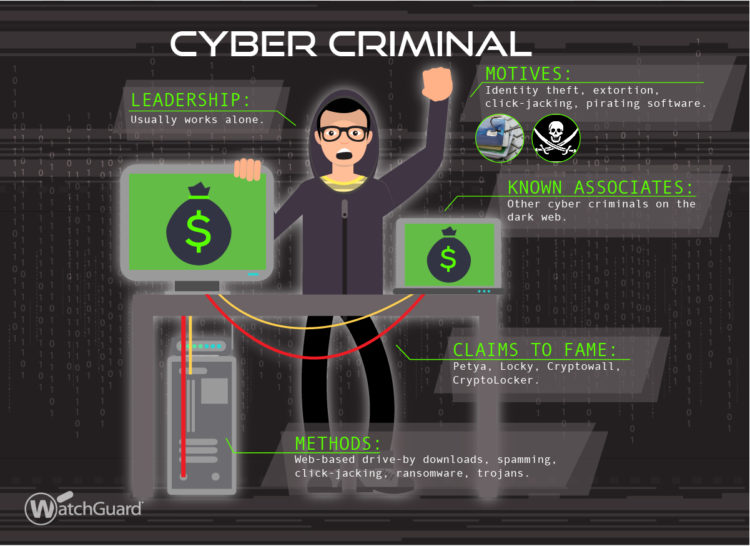 Next up on our hacker profiles series, the cyber criminal.

You’re probably most familiar with the cyber criminal hacker profile, since they’ve been around longer than the rest. This group’s motive is pretty obvious; to make money using any means necessary.

Cyber criminal groups can range from a few lone actors who are just out for themselves, to big cyber crime organizations, often financed and headed by traditional criminal organizations. This hacker profile is responsible for stealing billions of dollars from consumers and businesses each year.

These criminal attackers participate in a rich underground economy, where they buy, sell, and trade attack toolkits, zero day exploit code, botnet services, and intellectual property they steal from victims. Recently, their focus has been on web exploit kits, such as Blackhole, Phoenix, and Nuclear Pack, which they use to automate and simplify drive-by download attacks.

Their targets vary from small businesses and consumers, whom they attack opportunistically, to large enterprises and industry verticals, who they target with specific goals in mind. In an attack on the banking and credit card industry, a very organized group of cyber criminals was able to steal 45 million dollars globally from ATMs, in a highly synchronized fashion. The attack was made possible due to an initial, targeted network breach against a few banks and a payment processor company.

Now that you know a little about this enemy, you should focus on getting to know your current defenses. Subscribe to Secplicity to stay current on the most recent threats.