Understanding the motivations and methods of today’s hackers is vital for establishing an effective defense against them. Knowing what they’re after, whom they target, and how they conduct business all help shed light on the resources needed to protect your businesses. 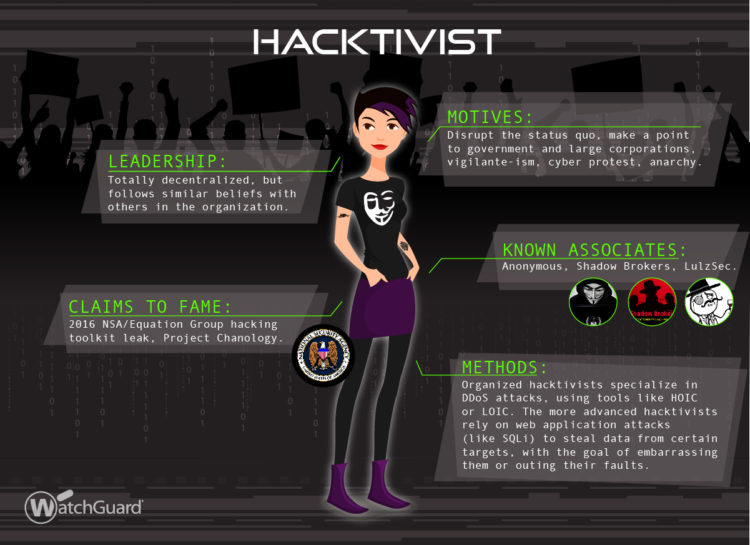 Hacktivists are politically motivated cyber attackers. Over the years, many traditional activists have realized the power of the Internet, and have started using cyber attacks to get their political message across. A few examples of hacktivist groups include Anonymous, and the Syrian Electronic Army, but most hacktivist groups tend to be decentralized and often not extremely organized.

Hacktivist groups cause significant problems for their targets by using common and freely available hacking tools. For instance, their most common weapon is a distributed denial of service (DDoS) attack, using tools like HOIC or LOIC. However, the more advanced hacktivists also rely on web application attacks,  (like SQLi) to steal data from certain targets, with the goal of embarrassing them—something called Doxing.

While hacktivists are arguably the least worrisome of today’s attackers, they still have succeeded in causing havoc for many big companies and governments. Hacktivist are even starting to target smaller state and local governments with attacks in retaliation to laws.

Visit our security services page to learn more about defending your network.