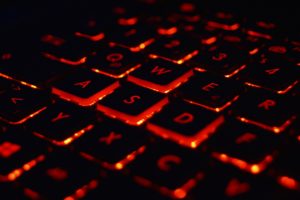 The Democratic National Committee had a rough start to the week. DNC chair Debbie Wasserman Schulz resigned after WikiLeaks outed nearly 20,000 emails from the organization’s top officials, some of which implicated the organization in bias against Bernie Sanders’ campaign for president. The source of the breach has not yet been confirmed, although experts are convinced that the DNC is the victim of a state-sponsored Russian attack.

GeekWire turned to our very own CTO, Corey Nachreiner, to learn about how hackers might have gained entry to the DNC system, the differences between spear phishing and regular phishing attacks, and security strategies that organizations can use to prevent similar breaches.

“Without all of the details, it’s hard to say for sure what the DNC could have done to prevent this attack,” commented Nachreiner. “However, in general, the best way to defend yourself online is to layer many different security controls together that can block different parts of a hacker’s attack chain.”

For the full Q&A, check out Cybersecurity expert explains the DNC email hack, and how you can prevent a similar attack on GeekWire.