The creators of vBulletin are having a bad week. Not only did they have a data breach that resulted in around 400,00 stolen user records, but it sounds like the attacker leveraged a zero day vulnerability in their own software to compromise their network. Watch today's Daily Byte to learn more about this story, and what you should do if you use vBulletin software. (Episode … END_OF_DOCUMENT_TOKEN_TO_BE_REPLACED

Some happy researchers apparently claimed a one million dollar bounty by finding a remote root jailbreak vulnerability in iOS 9. Yet, as exciting as that might sound, it's bad news for Apple users because the bounty was offered by a company that doesn't plan to disclose the flaw to Apple. Watch today's video to learn more about this news, and why I think companies like Zerodium … END_OF_DOCUMENT_TOKEN_TO_BE_REPLACED

Last week, I wrote about a sophisticated new piece of malware called Flame, which infected various organizations in the Middle East. At the time, Antivirus vendors had just begun dissecting this advanced new worm, and expected to unveil even more interesting details about it as time went on. It looks like they won't disappoint. Today, two interesting new details have surfaced … END_OF_DOCUMENT_TOKEN_TO_BE_REPLACED

If you've followed security or technical news over the last few days, you've probably heard about the "Flame" worm. This interesting new piece of malware belongs to a class of attack called an Advanced Persistent Threat (APT), and it's making headlines worldwide. As a result, many of you may be wondering whether or not this nasty sounding malware will affect your organization. … END_OF_DOCUMENT_TOKEN_TO_BE_REPLACED 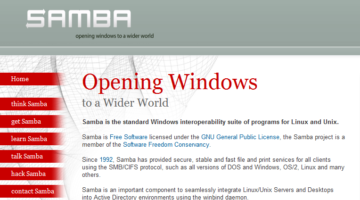 Unless you're an eagle-eyed, super perceptive Linux administrator, you may have missed the major update the Samba team quietly released during this week's busy Microsoft and Adobe Patch Day. However, if you use Samba, you'll want to apply this update post-haste. If you're not familiar with it, Samba is a *nix variant of the Microsoft SMB protocol, which Windows uses for file … END_OF_DOCUMENT_TOKEN_TO_BE_REPLACED