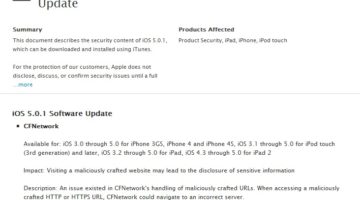 As I'm sure most Apple lovers are aware, Apple announced the new iPad this week (which they literally just call the "new iPad'). While the new iPad has nothing directly to do with security, it does deliver a new version of iOS, which fixes 81 security vulnerabilities in the popular mobile operating system. If you own an iPad, iPhone, or iPod you'll certainly want to grab iOS … END_OF_DOCUMENT_TOKEN_TO_BE_REPLACED