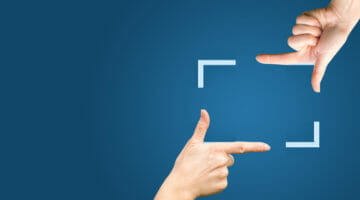 Screenshots are a fundamental feature of mobile devices, and rightfully so in my opinion at least. I’d much rather screenshot something (such as memes, written text, and the like) than download media from external servers holding whatever metadata. However, there have also been instances of wanting to screenshot rather sensitive information but not being permitted to, such as … END_OF_DOCUMENT_TOKEN_TO_BE_REPLACED 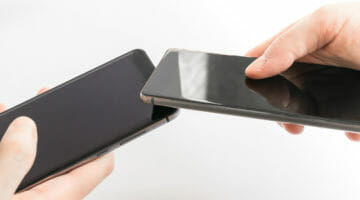 Nightwatch Cybersecurity’s Y. Shafranovich posted about a near filed communication (NFC) vulnerability affecting Android versions 8.0 and higher. Specifically, there is an Android feature known as Android Beam that’s built around this technology, and it’s intended for close-proximity data-sharing scenarios. NFC has an effective range of about 4 cm (1.5 inches), which doesn’t … END_OF_DOCUMENT_TOKEN_TO_BE_REPLACED 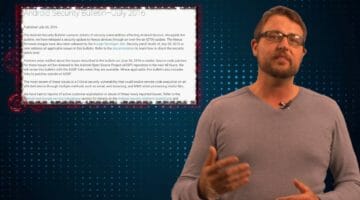 If you use Android devices, it's time to update. Google released an Android update that fixes hundreds of vulnerabilities, including the Qualcomm chipset flaw that has been in the news lately. Watch today's video to learn more, and update your Android device when you can. Also, check out Marc Laliberte's post to learn about HummingBad, a prolific malware variant that's … END_OF_DOCUMENT_TOKEN_TO_BE_REPLACED

Ransomware like Cryptolocker and Cryptowall are already bad enough, costing victims millions in losses. It's about to get worse... Now there's ransomware that targets your smartphone and takes embarrassing pictures of you associated with an adult-themed app. The good news is it's easy to avoid. Watch today's video to learn more. (Episode Runtime: 1:46) Direct YouTube … END_OF_DOCUMENT_TOKEN_TO_BE_REPLACED